Michael Lambert was born in 1952, and trained at the RAC Cirencester. He farms as managing partner in a family farming business in the South of England.

Centred on two farms totalling 800 acres in Surrey and Somerset, it comprises 550 acres of arable, matched with 250 acres of grassland for hay and silage production, and rearing young stock. The business also runs commercially 300 acres of woodland. 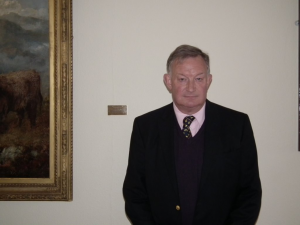 He has always been active in the wider world of agriculture, and has been an busy member of the National Farmers Union in a number of Roles, as Vice Chairman and Chair of their Dairy Section, and National Treasurer.

He was a Director of Grainfarmers, the UK’s largest grain cooperative, and is Chair of the COPA- COGECA Milk Section – the organisation which represents all the farming unions and co-operatives in the European Union.