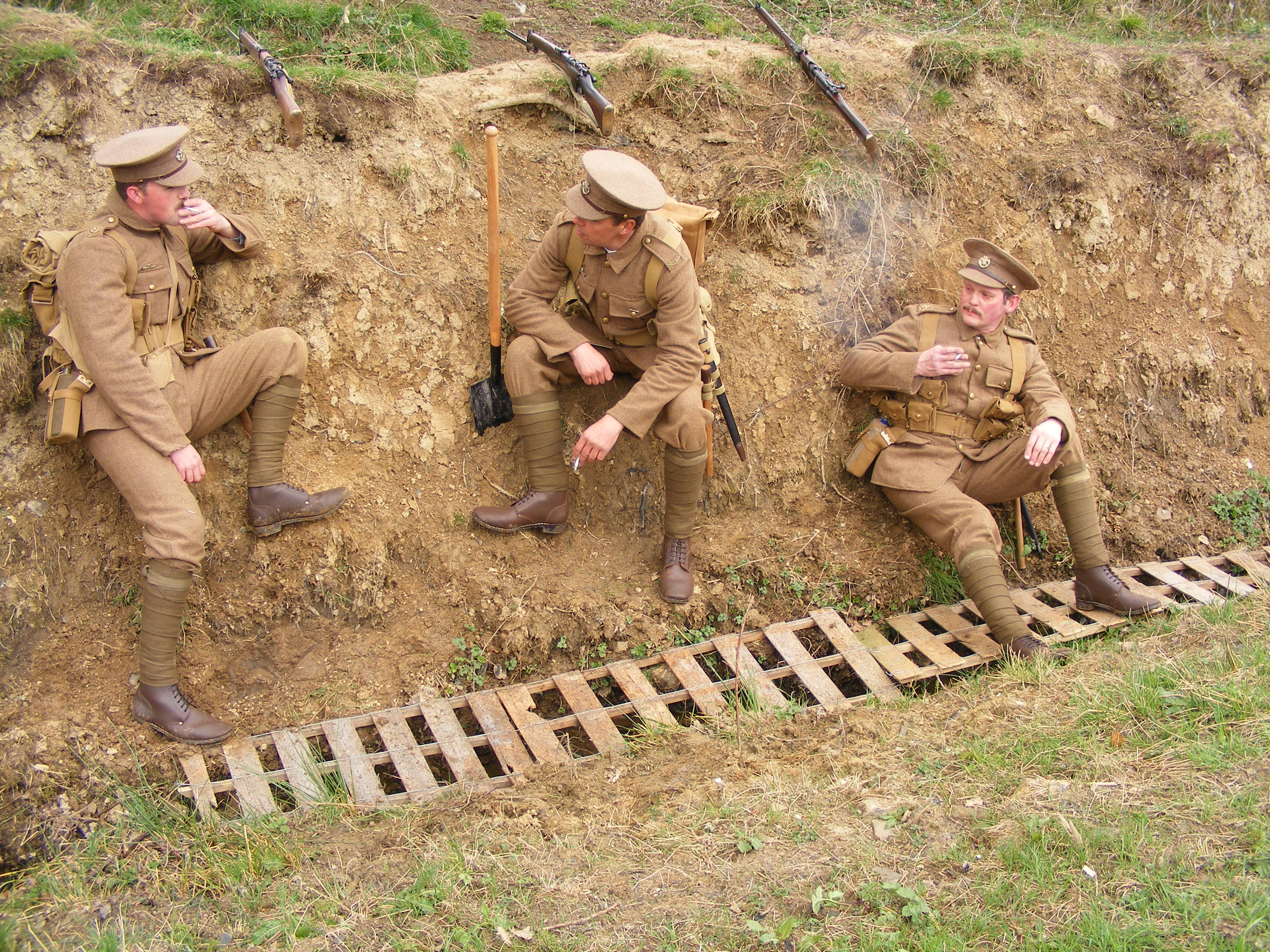 Fittingly, as the country prepares to mark the centenary of the start of the First World War, a band of dedicated re-enactors will bring life on the 1914 battle fields alive at this year’s Royal Cornwall Show. 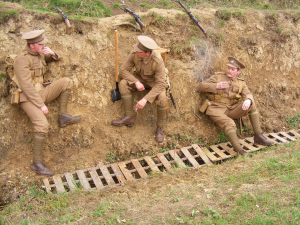 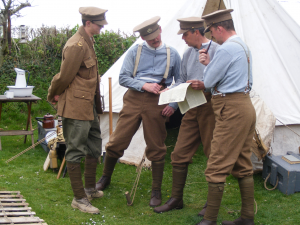 The WW1 Living History Group, based at Launceston with members spread across the country, will provide an authentic scene to demonstrate what life on the front line would have been like for civilians and soldiers from the Duke of Cornwall’s Light Infantry, the local regiment of the British Army. This includes original uniforms, equipment and even building their own trench on the showground, to 1914 army manual specifications.

The re-enactors will also be camping out during the show, as their counterparts would have done nearly one hundred years ago. They’ll be opportunity for show-goers to try gas masks and shell jackets, as well as having a go at putting on putties, a type of gaiter used to keep water and rats at bay in the Great War trenches.

Amanda Durden, from the WW1 Living History Group, hopes appearing at the show will help stimulate more people to research their own family history in relation to the Great War.

“Our main aim, in bringing this era to life, is to spark people’s interest and inspire them to find out more about their ancestors involvement in the war.”

Cornwall played its part during the conflict, directly on the battle fields, but also in our farmers’ fields to ensure our armed forces and the nation were fed.

The Royal Cornwall Show was also involved in the war effort, not only by encouraging innovation and advancement within farming, but also supporting the supply of horses required for important war time roles. The War Office were permitted to display infantry and cavalry horses as examples of the type of horses they needed, with prize money given for showing classes to encourage local breeders.

In spite of war raging, Camborne successfully hosted the 1915 show. Records indicate that 40 men were recruited for the army at the event. Despite no further shows being held until 1919 after peace returned, Royal Cornwall Agricultural Association members continued to make subscriptions and donations to the Allies Fund. At end of the war £3,760 had been raised by the Association, equating to over £180,000 today. The fund was distributed to European farmers to rebuild their farms after their land became battle fields.

Amanda added that the group were keen for those visiting the show to do some digging of their own;

“We’d like to encourage those coming to the show to bring any WW1 memorabilia or photos along to show us and, of course, we’d also love to hear any stories that people may have.”

For more information about the show, visit www.royalcornwall.co.uk